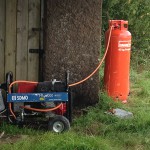 We have had generator problems for the last few months. The Hyundai generator died and I lost faith in the brand. Not in the people – Genpower and Just Generators have acted honourably and fairly – but I suspect I will never buy anything with a Chinese motor ever again. So skip forward to the next generation,  our new generator looks very promising.

Each time the Hyundai Generator has failed we have rung Speedy Hire in Bridgwater who always seem to have a good generator just waiting for us. But what to buy next? When we asked about reliability, everyone said ‘Honda’. But Honda only makes Petrol Generators. Three times the price to run compared to Diesel. Then I remembered Pete Power.

Pete loves Honda engines and loves converting them to run on LPG. When I told him about my difficulty getting anyone to service or fix our generator here at Easterdown, he suggested one of his generators which is based on the Honda GX390 engine, especially because it can be fixed by anyone who fixes lawnmowers.

I rang a local lawnmower firm in Wellington and told them that I was thinking of buying a used generator with this GX390 Honda engine that had been converted to LPG and would they consider servicing it and coming to Easterdown if it breaks down? The answer, to my great surprise, was a resounding yes! The Honda GX390 seems to be well known and well understood everywhere. 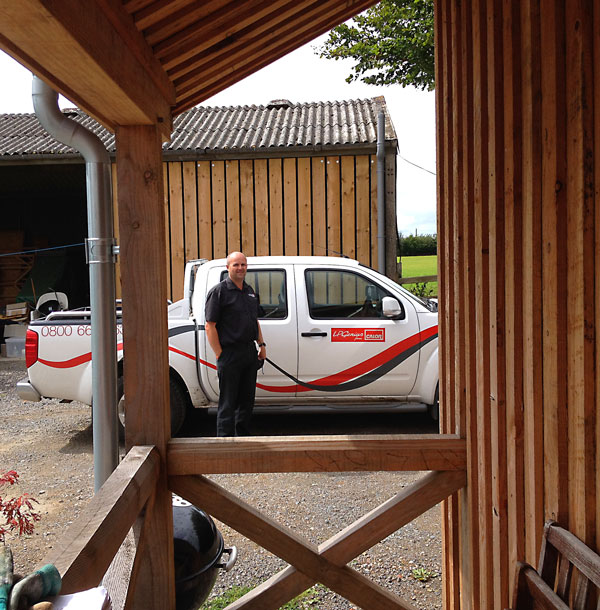 Hooks everything up for us and it’s ‘on with the new’!

All working and charging the batteries already! 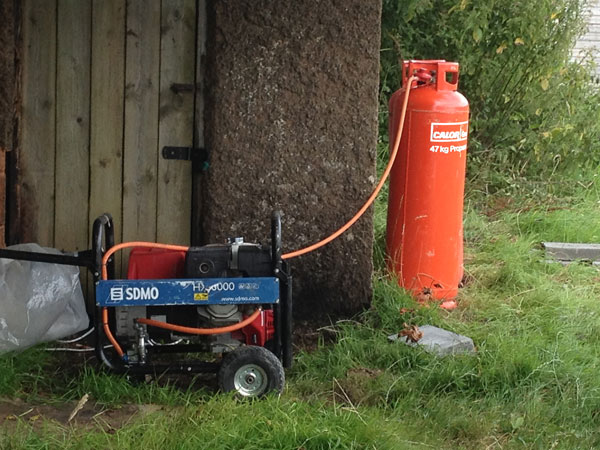 Speedy Hire (Bridgwater) have been our guardian angels in all of this – always making sure we had a generator that worked within hours of the Hyundai failing. 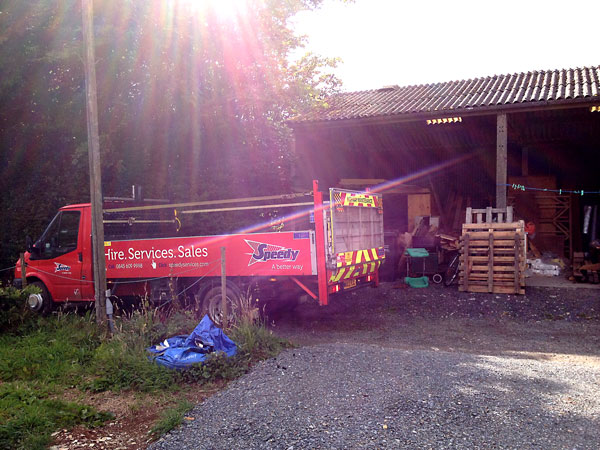 So it was ‘off with the old’, but we will rent this a few times in the winter, when we need a big ‘equalisation charge’ which only happens every few months. 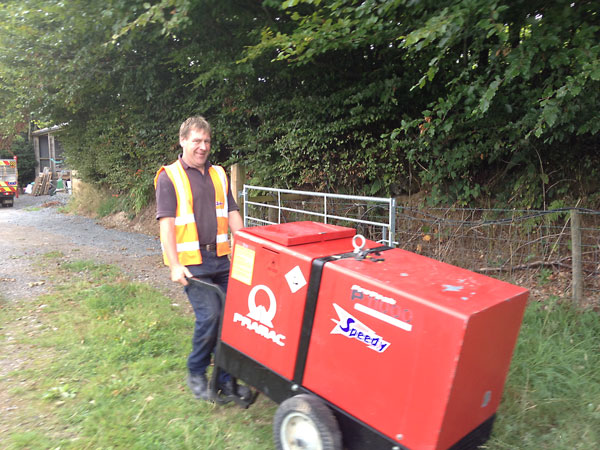 It’s a perigee moon – at that time of year when we are closest to the moon. And up here on the Brendon Hills, at 342 Metres above Sea level, we are even closer! 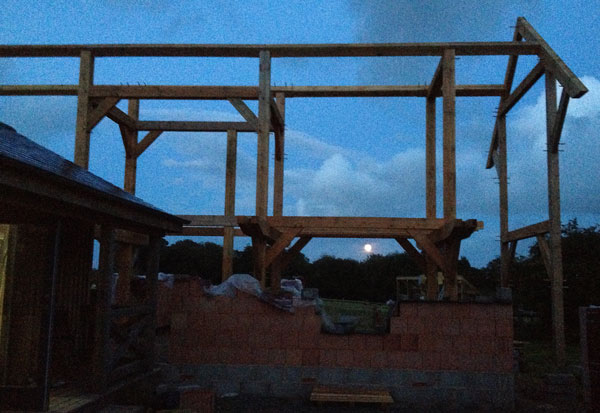