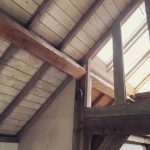 I LOVE this look! 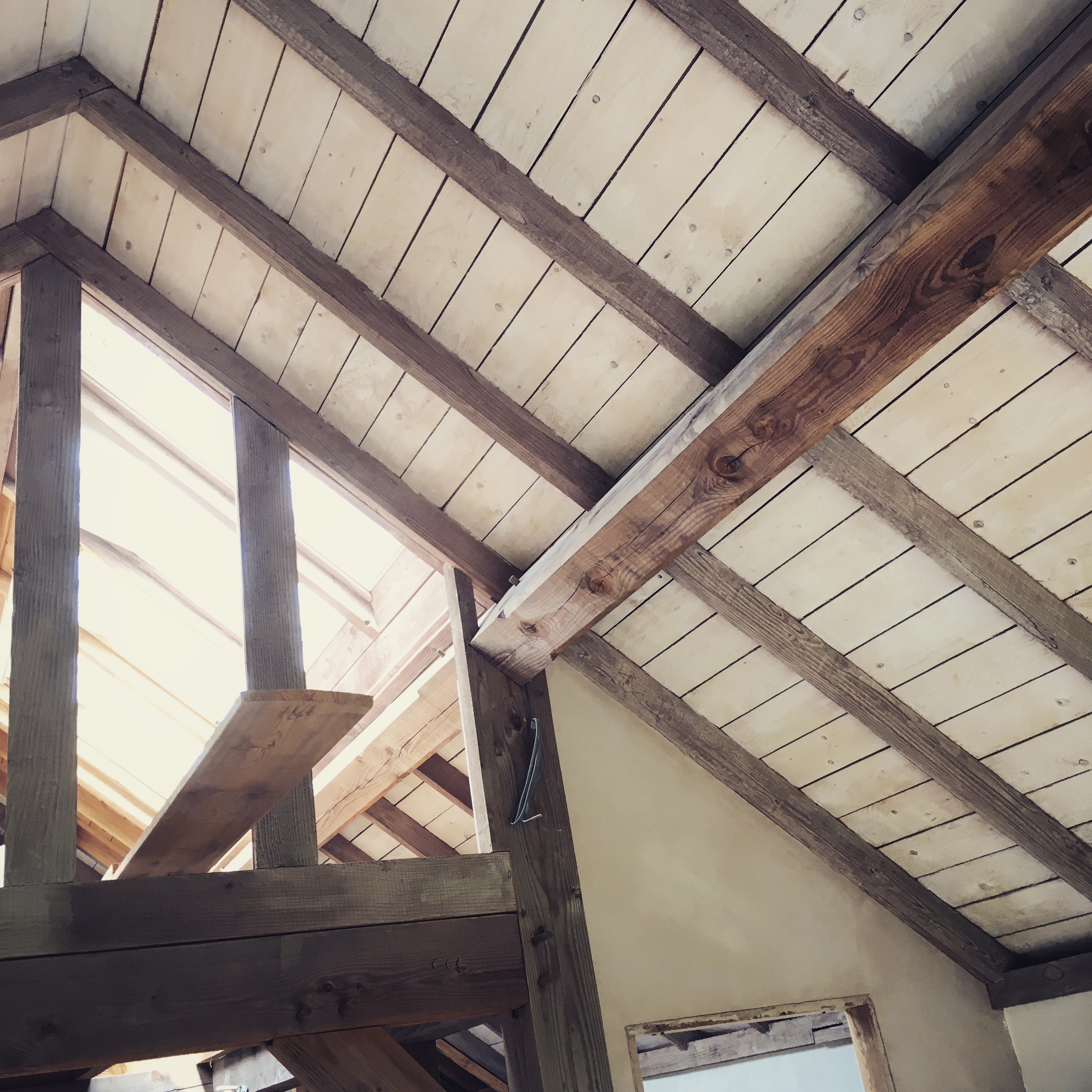 While the frame was standing in the summer sun, the Douglas Fir started to grey really nicely. So rather than whitewash everything like we did in the cabin, I found a reactive wood ageing liquid that ages/silvers the ceiling beams so that they match.

I only wish we had known that we were going to decide to whitewash the ceiling boards. I treated them for spread of flame before they went up, otherwise we would be painting them twice! But if I’d known I could have whitewashed as well. Would have been much easier to do it before. Ah well. 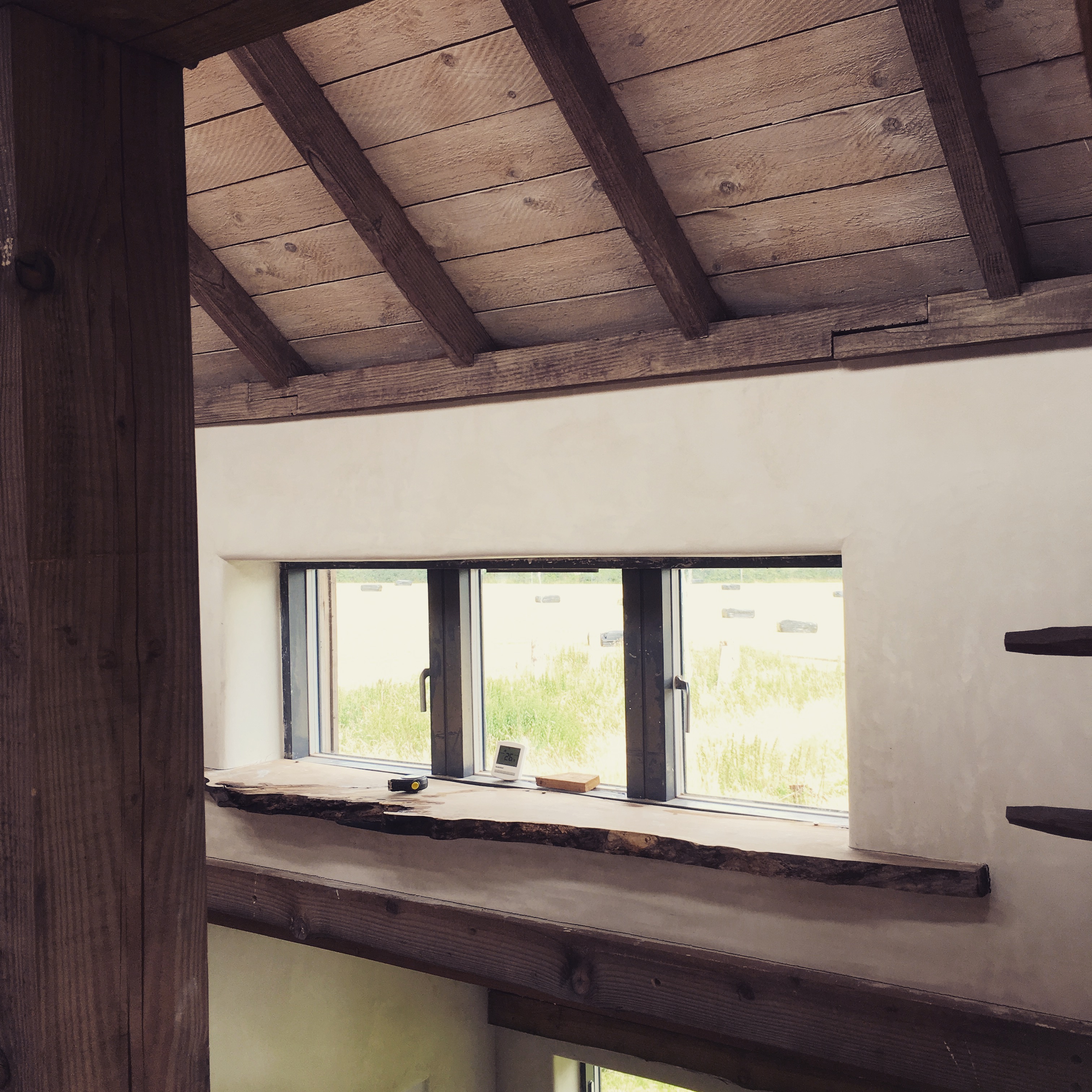 But lucky for us, the completely wonderful Katia  is doing most of this, particularly the scary bits. 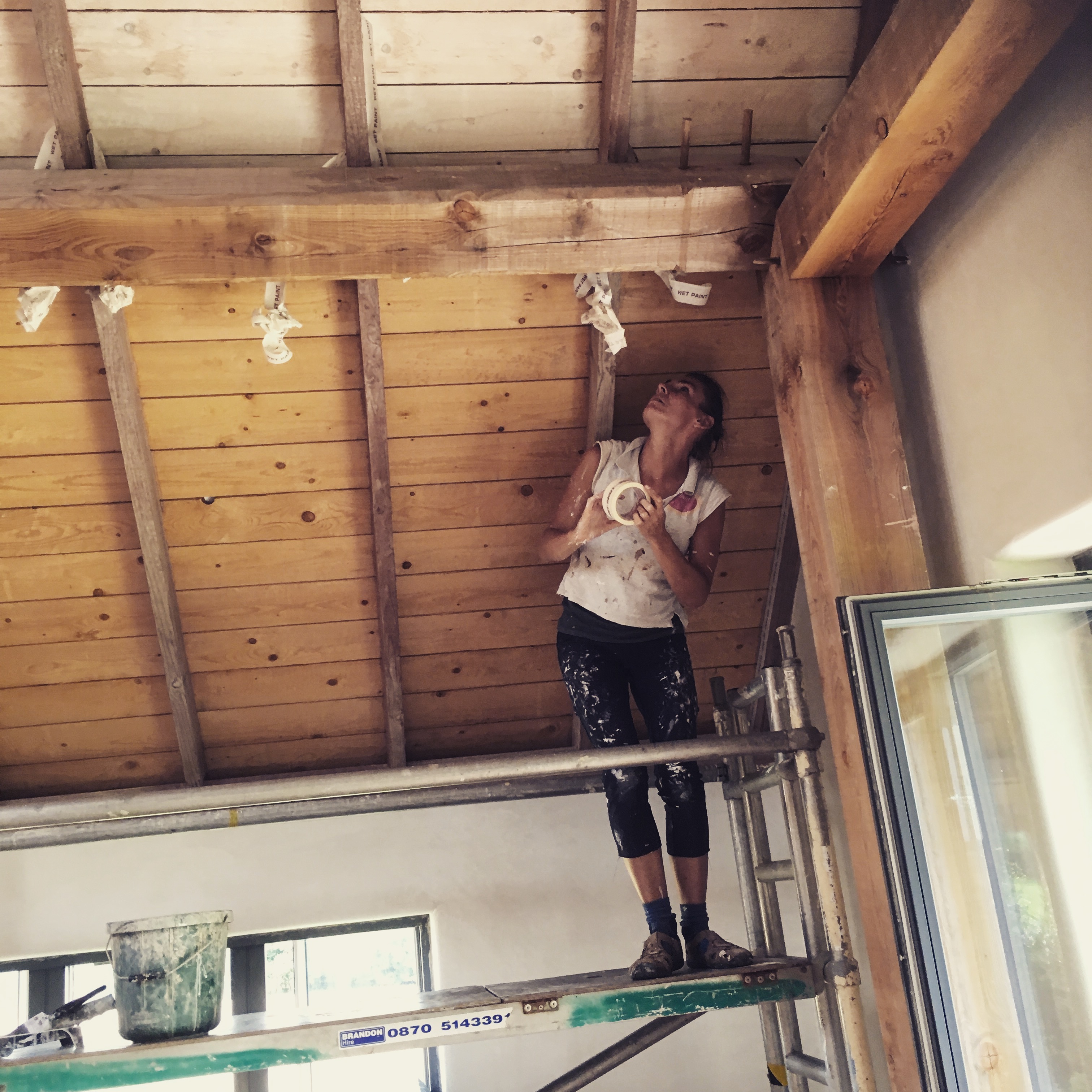 So fast! Such a great look! 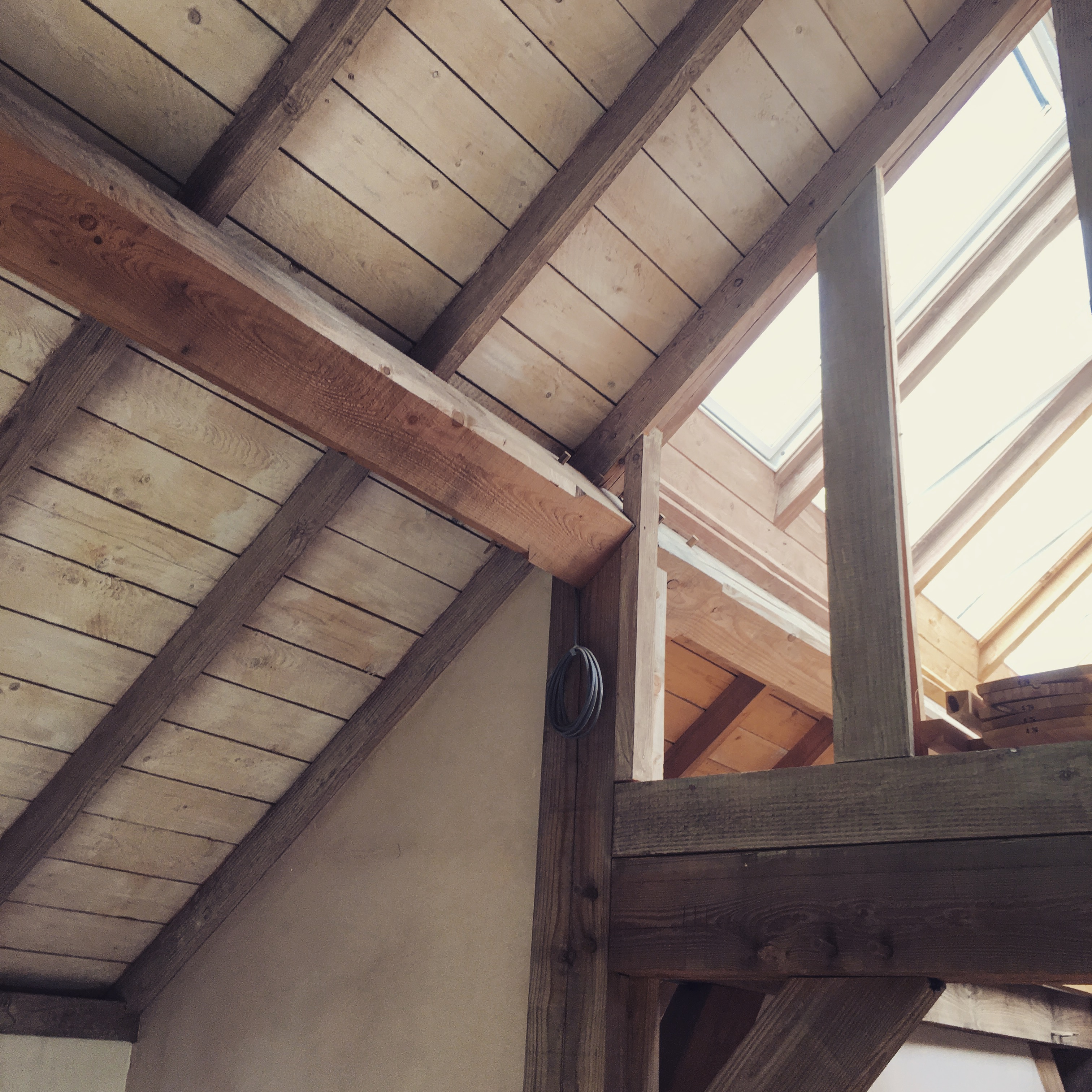 And this is my bit. Slow, but it shows you how the reactive ageing stuff looks, before and after.

The bottom of the photo, those ceiling beams are the same pieces of wood as the ceiling beams in the top of the photo. And the leftmost, thicker beam has not been treated. That is part of the Carpenter Oak frame and had 4 months in the sunshine.

Floors next and then we can put in the staircase. A lot of the lag time has been taken up with designing something pretty special, and hoping in about a month to put up a rather spectacular blog about it! 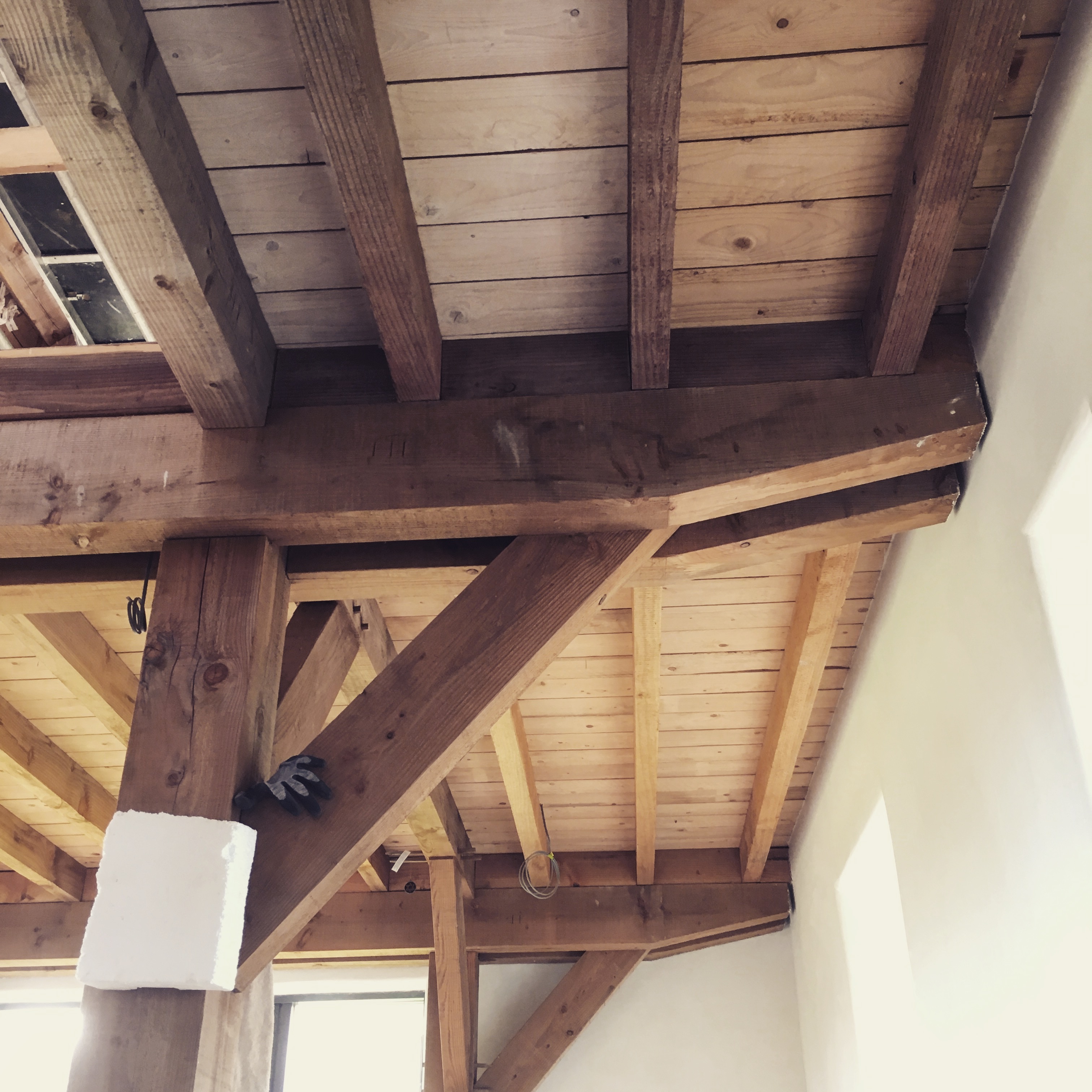