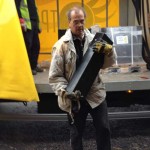 Our Solar System began with 2 tonnes of Batteries… 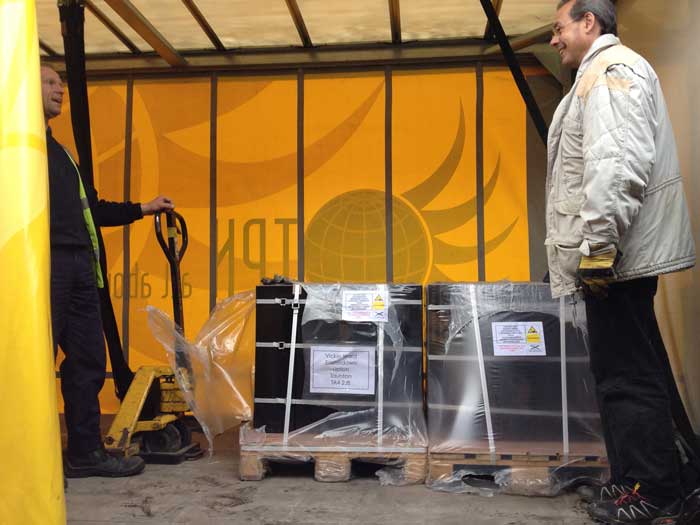 And that’s what 2 volts weighs. Thank Goodness Mike was back from Belgium! Paul Byrne of PB Battery Solutions has been the super star of batteries for off grid applications. Ordered with a 3 day lead time! He knows all about how to maintain these, he’s on the end of a phone when you need him and answers his emails on a Sunday. (he may not be too pleased I told you this….) 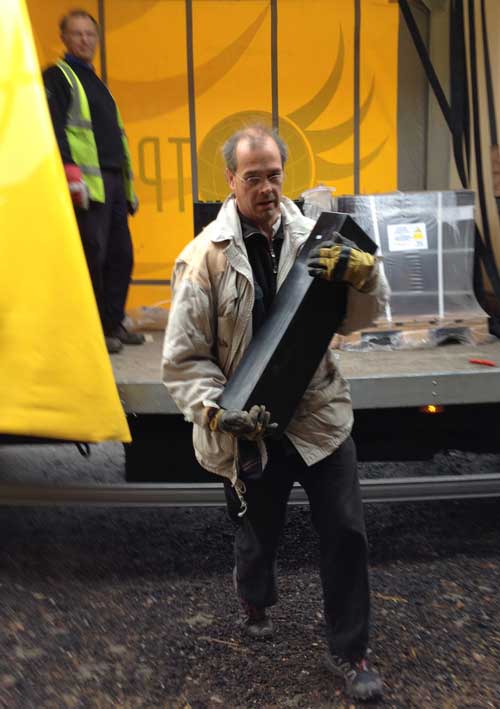 Which is heavier, a tonne of feathers or a tonne of lead-acid battery? Answer, its a TONNE stupid! 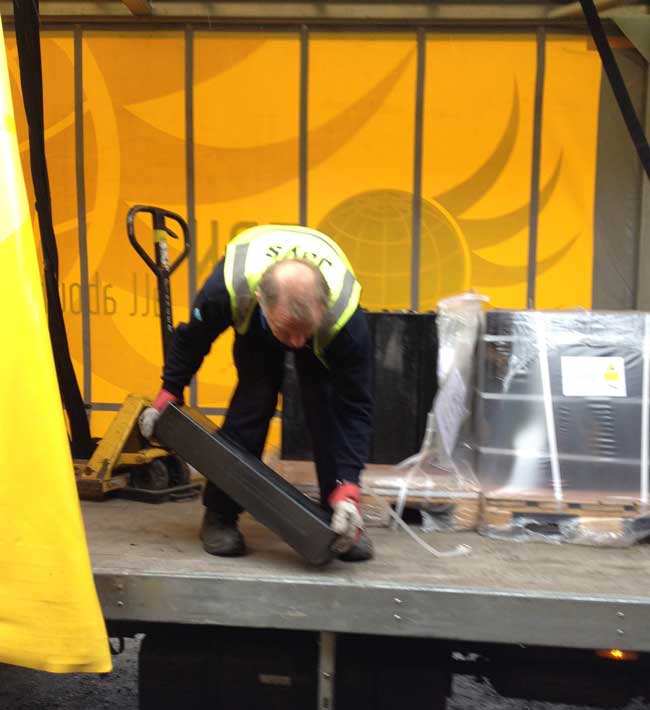 I sent these photos to Paul Byrne to show the batteries had arrived safely, and he suggested some deep heat rub for Mike’s back. 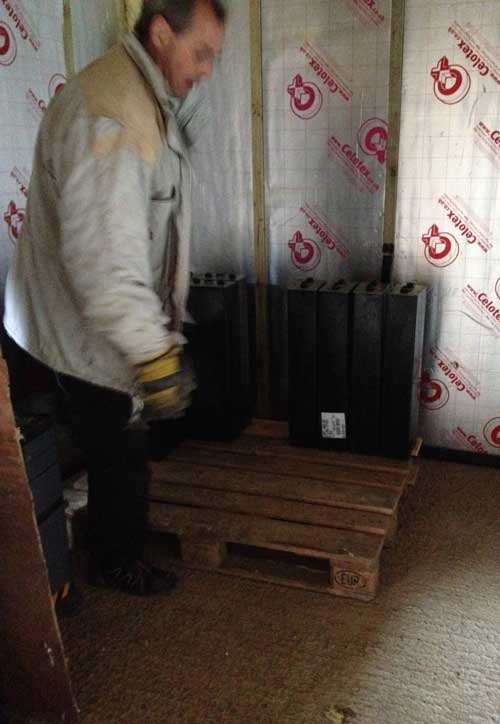 Next day, another renewable system for Easterdown!

I struggled to get this system specified and thought I might have to do ALL of it myself. I went up the most colossal 6 month learning curve, I got loads of insights from  the Navitron forum, and SMA, the manufacturers of the Sunny Island inverter charger. SMA were the only people that were willing to help us out and spec the system for us and the contributors to the Navitron forum went through every detail to help me understand it. Couldn’t have done this without them. They have been brilliant, and SMA are so helpful – on the end of the phone for everything that our first installer got wrong (more about that later). Sympathetic, generous with their time and knowledge, best decision I ever made  was to go with all SMA kit. And the luckiest thing that has happened so far was to discover the amazing off grid section of the Navitron forum. 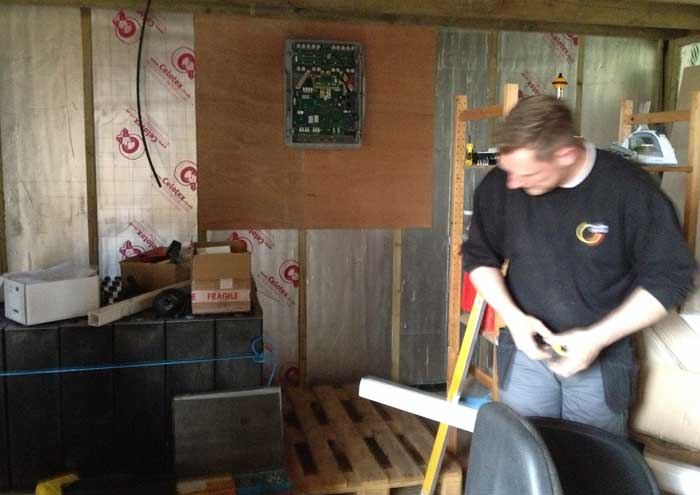 Installation of the Wonderful SMA Sunny Island. Heart and soul of the system –  the Inverter Charger. 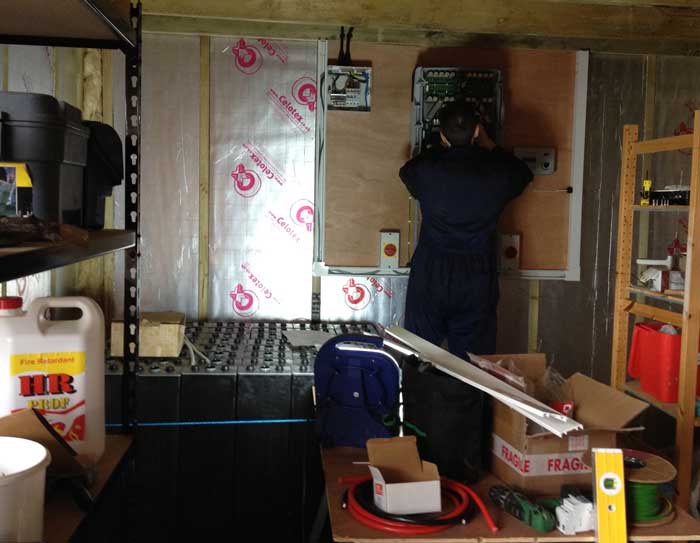 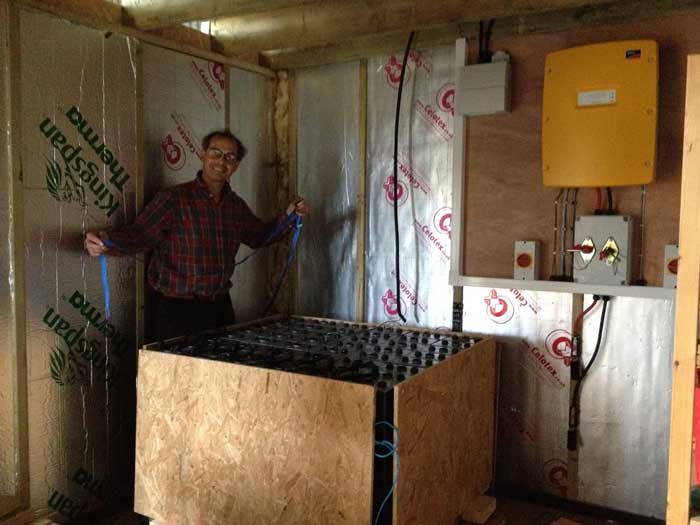 All strapped in, but Paul Byrne has pointed out a few things we can do better to get them to straighten out a bit more – watch this space: 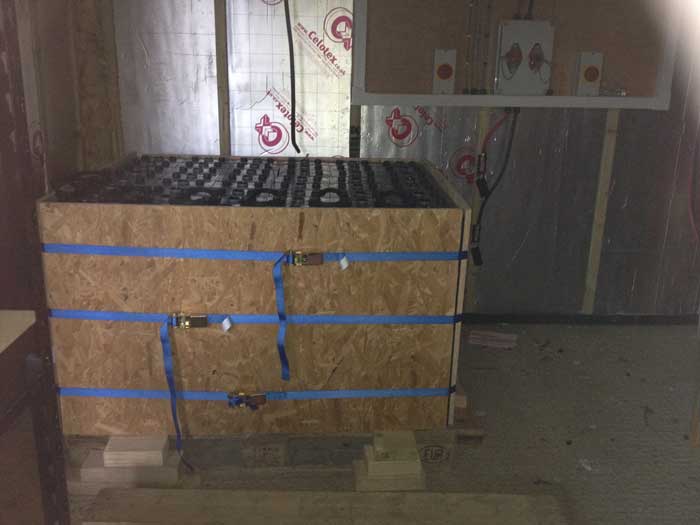 In the meantime, Mike Roberts is back, building the furniture platforms – he has added a few extra diagonals for strength, and to match in with the V’s and M’s in our Belfast Truss: 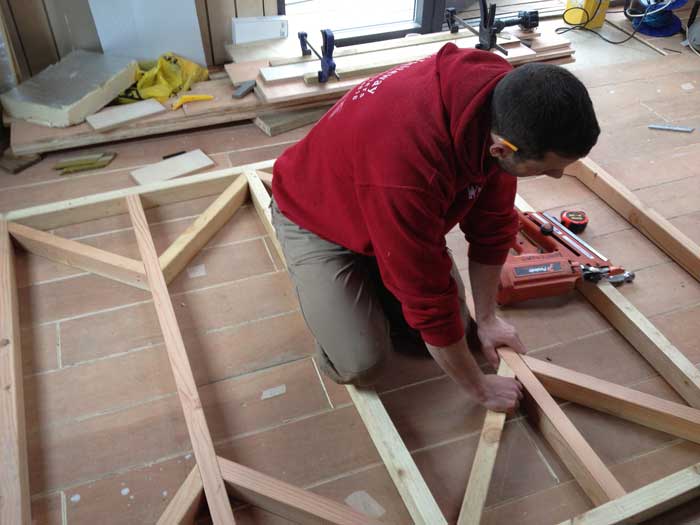 Hoists it into place: 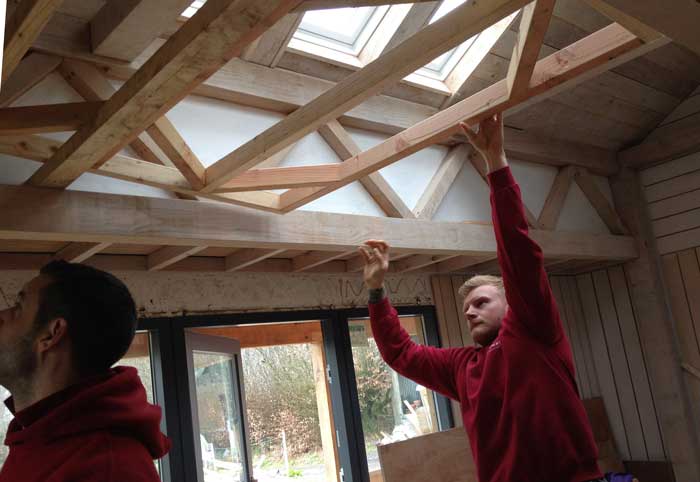 First whistle of the kettle: 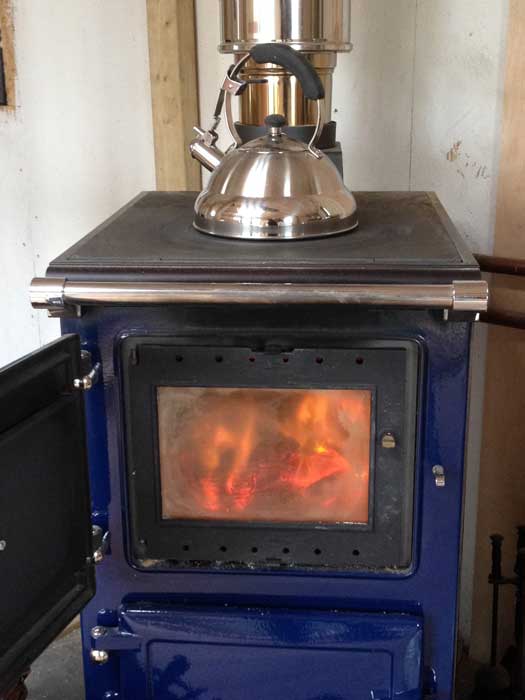 Still painting, but a glimpse of the future with the platform in its daytime position: 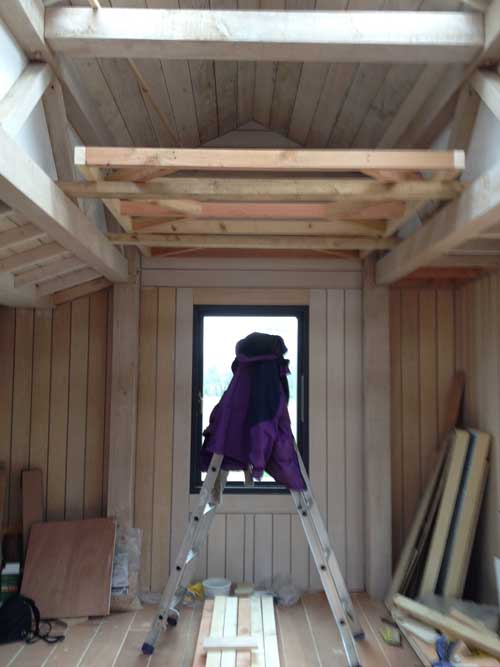