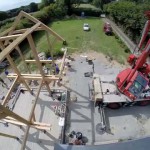 Now you might think that Carpenter Oak magic at Easterdown is something to do with magic’ing up this gorgeous timber frame. Yes that’s part of it. But it doesn’t stop there, I’ve always thought that the guys from Carpenter Oak are ‘super’ men, but read on – you’ll believe a Carpenter can fly!

Our team from Carpenter Oak love their work. Craftsmanship, attention to detail, second to none. But they do use a few modern tools, like flying cameras:

Group photo mid morning when they finished (!!!!!!) but wait… 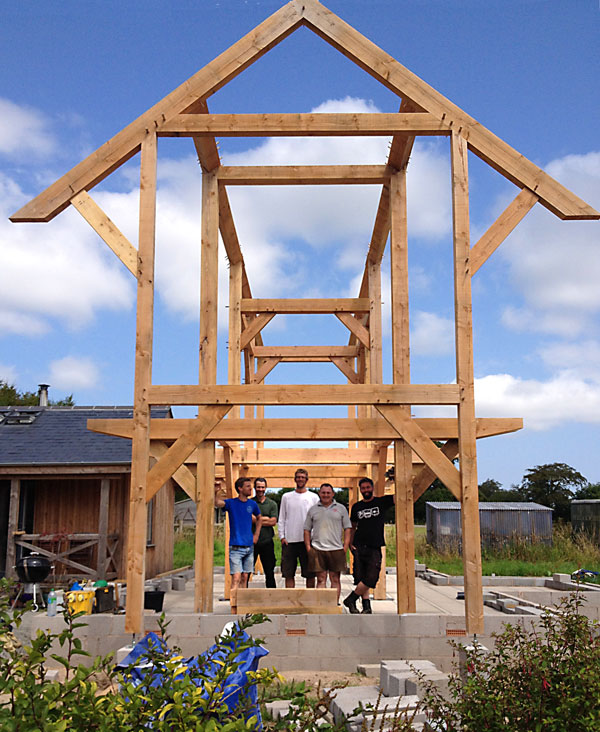 Did we all hear a mewing sound coming from under the beam and block floor? That floor has been sealed since Saturday. Four days ago. But there was this cat… 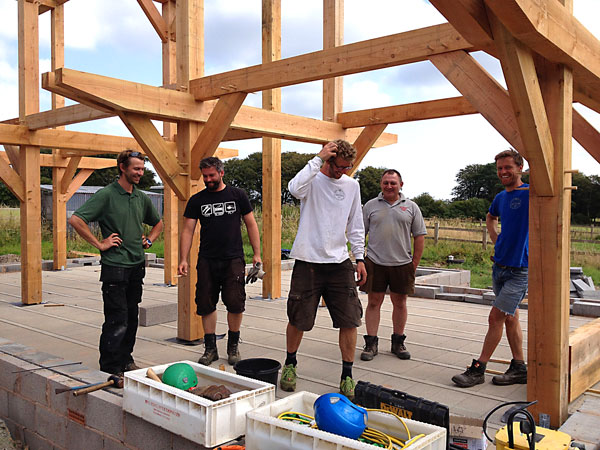 One night about 5 weeks ago two men knocked on our door. A cat had been knocked down in the road. It had a broken leg and was bleeding. Was it ours? Did we want to call a vet? There are a lot of feral cats around and this one was now in our hedge. Still alive, but we reckoned it couldn’t survive. The men said we should kill it, put it out of its misery. None of us had the courage to dispatch the cat. But to our surprise, over the last few weeks we’ve occasionally seen it running around on its three good legs, keeping out of our way, but clearly eating. It wasn’t until today that it decided to announce that it was under the beam and block floor! How did it survive for 4 days with no water or food? Don and Jan from Carpenter Oak levered up a block, the others made encouraging noises and up popped the cat. 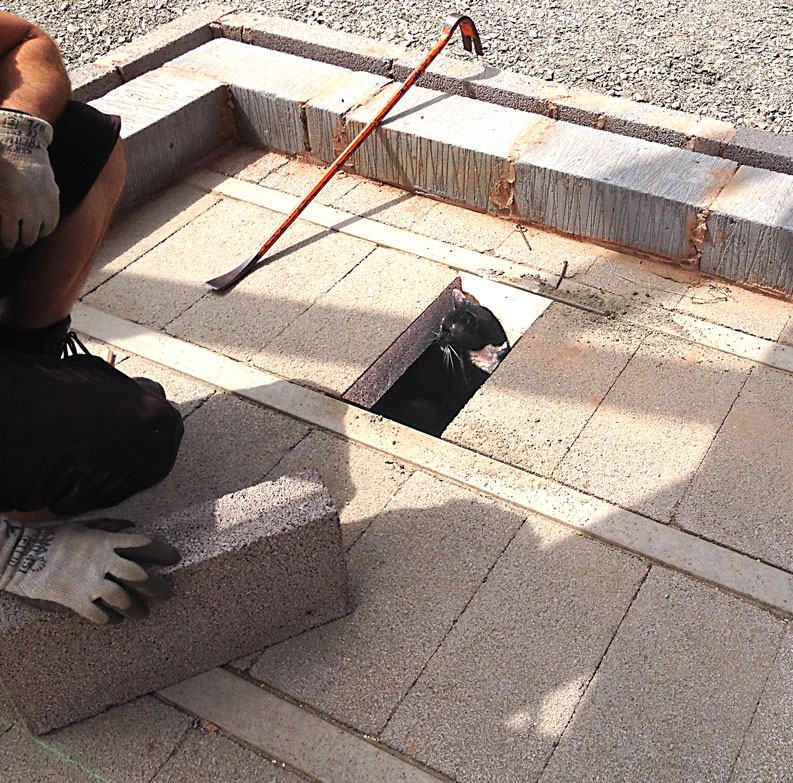 I don’t like cats very much. Jan seemed quite taken with it, but I notice he didn’t take off his gloves when he touched him/her. We reckon that it only has 7 of its 9 lives left so we thought we might call it Septima or Septimus . This briefly evolved to ‘septic’ for short and because it looks absolutely awful.  However we are now referring to it as Septima. I am full of admiration for this cat’s ability to survive and I’ve now set out food and water for it. We’re waiting on a cat trap from the RSPCA (waiting list, sadly) who will take it in for treatment but said we shouldn’t try to catch it ourselves.

Carpenter Oak have magic’d all of this up for us in the blink of an eye – a beautifully crafted timber frame and a black cat.