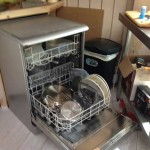 So why is the dishwasher out of its built-in lair? You may be wondering if we’ve really had such a trouble-free, smooth time during this project, but things do go wrong and not to plan.

Bit unfair to the dishwasher, this Beko is wonderful, very, very quiet and has performed faultlessly. It was out of its lair to test the thing that did scare me … more in a minute 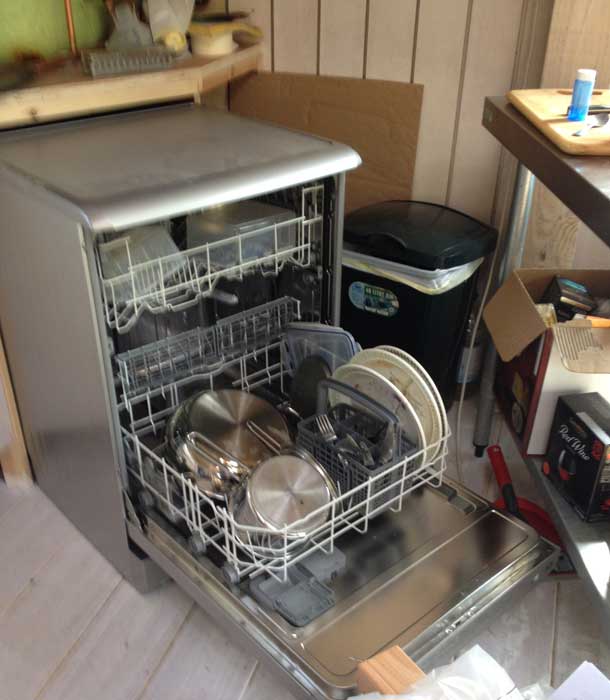 On Thursday I was really enjoying my morning shower – not hugely hot, but that’s ok because it is like summertime in the cabin all of the time, with a beautiful warm breeze spiralling upwards to the rooflights. I was thinking, “How can I explain how wonderful this in the Easterdown blog?” when the water went off.

Mike found a bucket full of fresh cold water. Just what I needed, but not what I wanted!

Laurie Winsborow who installed the system jumped in a van and was with us within the hour. We dragged the pump out of the well, gave it a shake, plugged and unplugged and voila! all working again. Seems the float got stuck. But the lesson here – we hired the right person. Laurie is a great guy and he was there for us when we needed him. 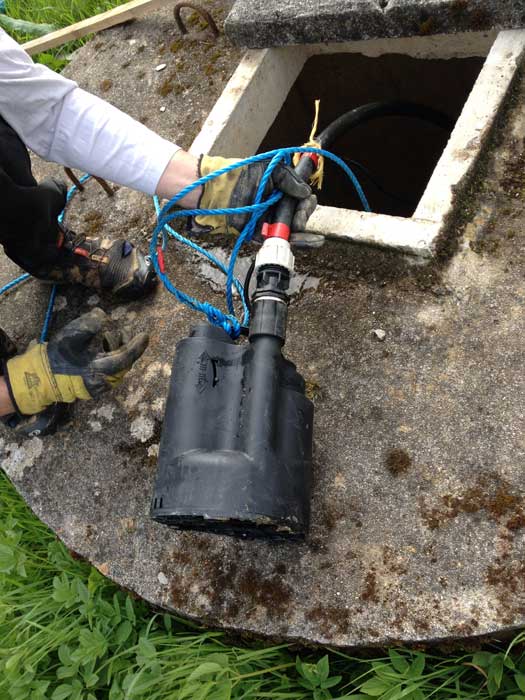 But that’s not why the dishwasher was out of its lair, this is. On Friday night the Sunny Island started up the generator for its second recharge of the batteries. Maybe if this had been during the day we would have been able to prevent this, whatever it was, but on Saturday morning, our pristine, white generator looked like this:

Yikes! And we had a wedding party to go to! ( WedBash photos below!)

We changed the oil, refilled it, tried to tidy it and started it up.  Whatever had happened, the Hyundai still worked, we were able to run the dishwasher by plugging straight into it, but would it run long enough to charge our batteries again? I was pretty rocked by this, but luckily we had a big family party to distract us. After all, we couldn’t ring anyone until Monday. 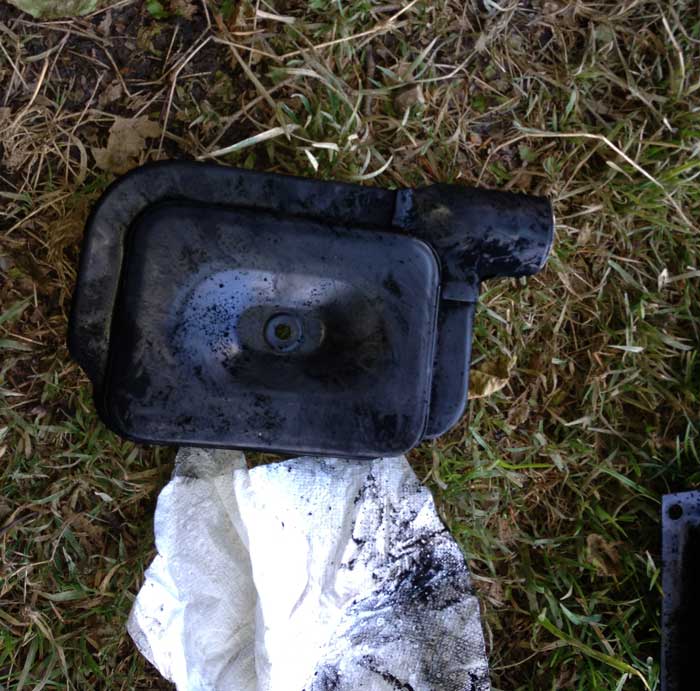 One of the reasons we bought the Hyundai Generator is because before buying it,  I had a long talk with their support people who promised they would be there for us. AND WERE THEY EVER!

After talking me through taking apart bits, emailing photos, more phone calls, more cleaning, trying to work out the problem, Hyundai reckoned that all the generator needed was a new air filter and they sent one that arrived the next day. Then I got up the courage to try to charge the batteries manually. SMA who make the Sunny Island were on the end of the phone and told me how and which parameters to set on the fearful and mighty Sunny Island Remote Control. I was terrified to change these parameters, going into ‘Expert’ mode all on my own!

Told the generator to fire up, and what happens? It started to beep. Sigh. Another call to Hyundai Service, they tell me to start it using the key, then they wait on the phone while I put in the codes so that the Sunny Island will start the generator and….

But I was just impatient, after about a minute it roared into life! Batteries charged manually. I don’t think I’ve felt so empowered EVER. I was VERY scared, completely out of my comfort zone for 4 days, I was afraid I would find out things were worse than I thought, but no –  everyone on the team for Easterdown electricity were there on the end of the phone to help me. All machines are good and working!

To know I could make it all work again with the help of these great people. Can’t begin to describe the elation.

We were both so pleased to celebrate Mike’s cousin Matt marrying his childhood sweetheart, Niv. We first met Matt when he was eight and he introduced Niv to the family when she was 17. This was such a great distraction from worrying about the generator and our batteries. 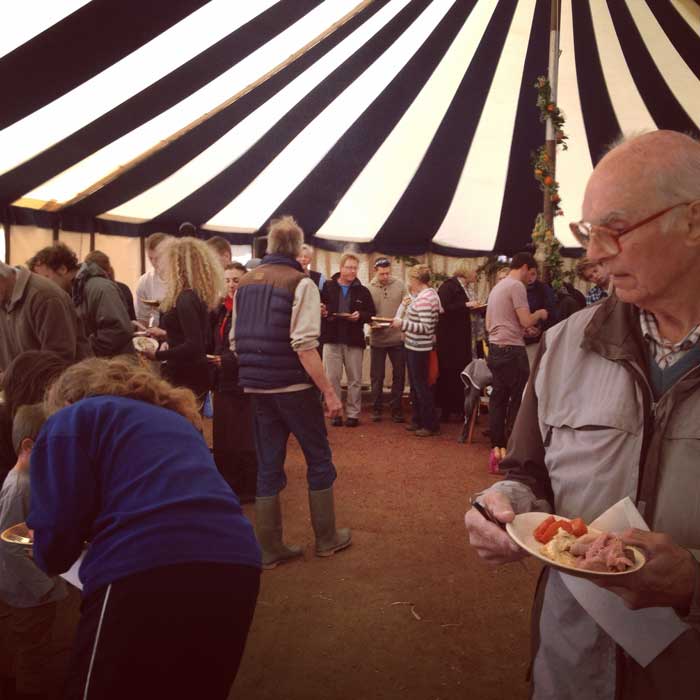 Matt (back to us) cooking breakfast, with help: 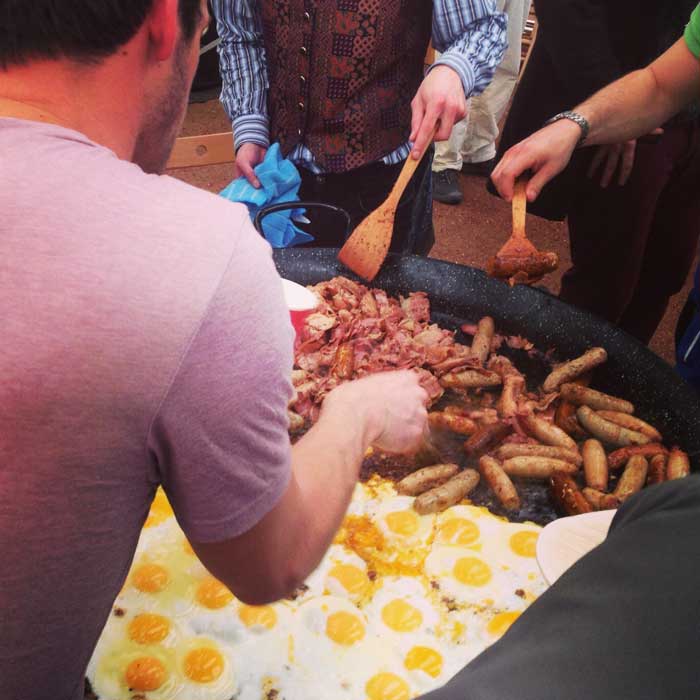 Wedbash was fun for everyone: 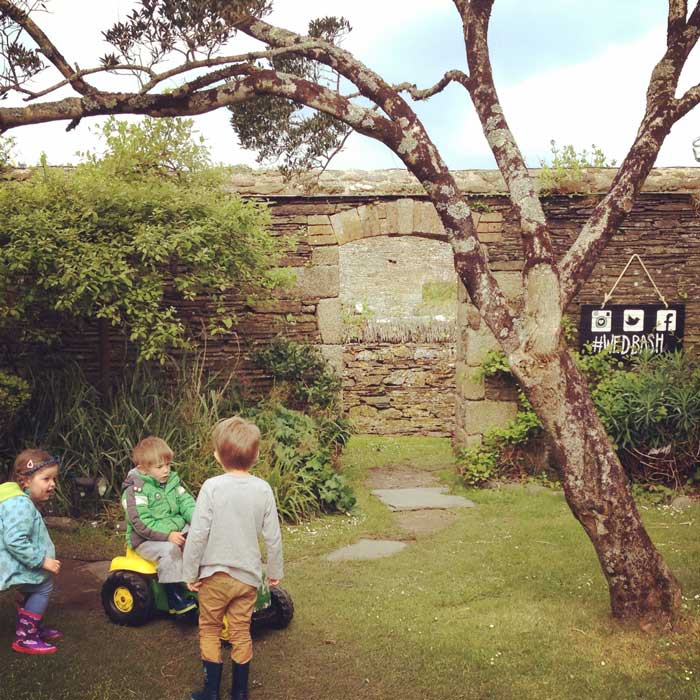 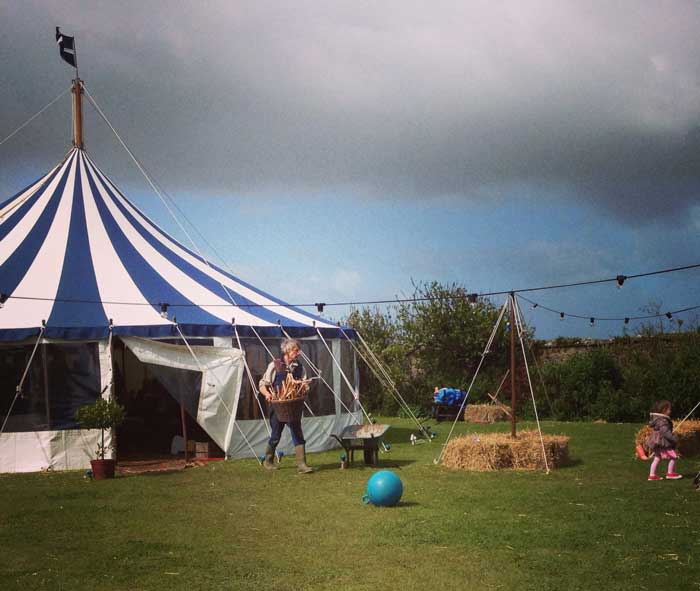 Helena with baby Isaac – more of the charming and beautiful Ward family: 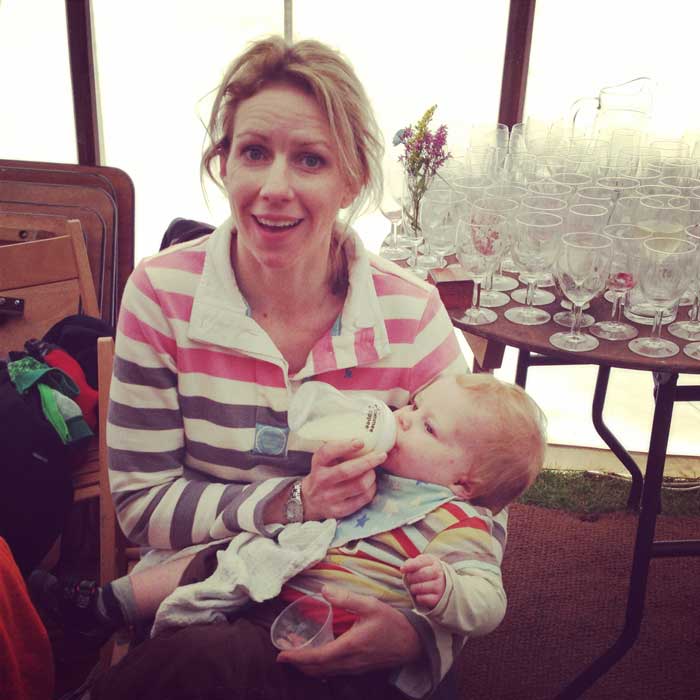 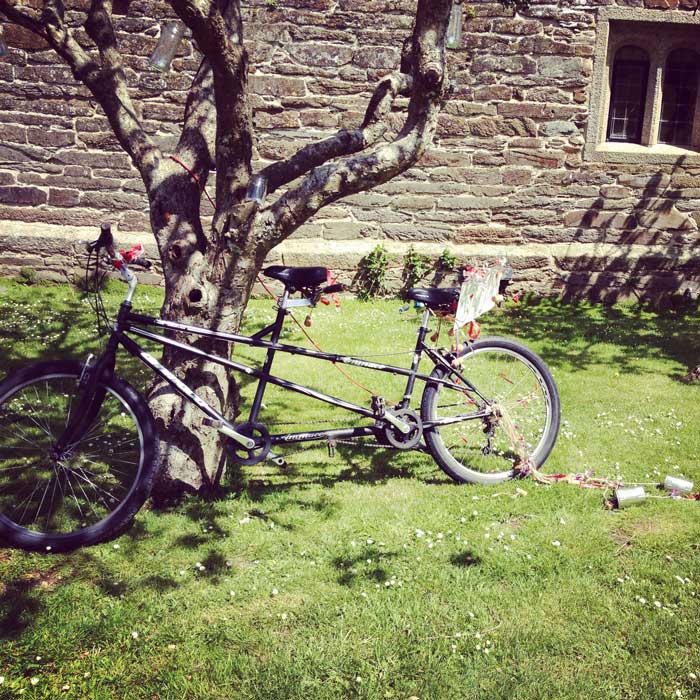 All took place on the beautiful North Cornish Coast: 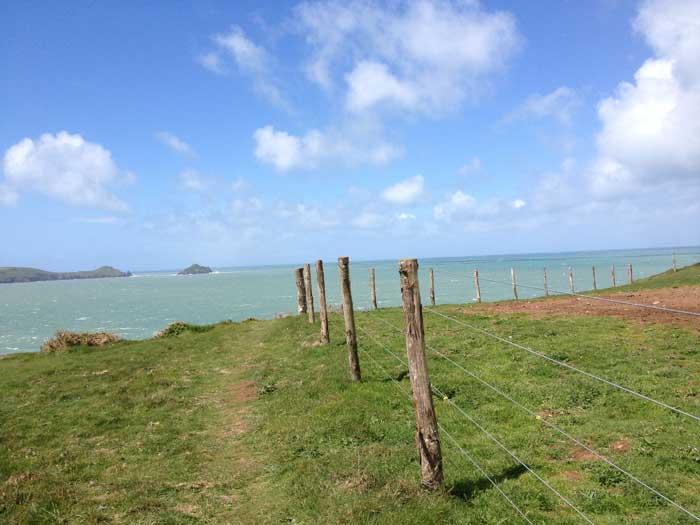 Back to a bit of normality – another first – first rubbish collection at Easterdown! 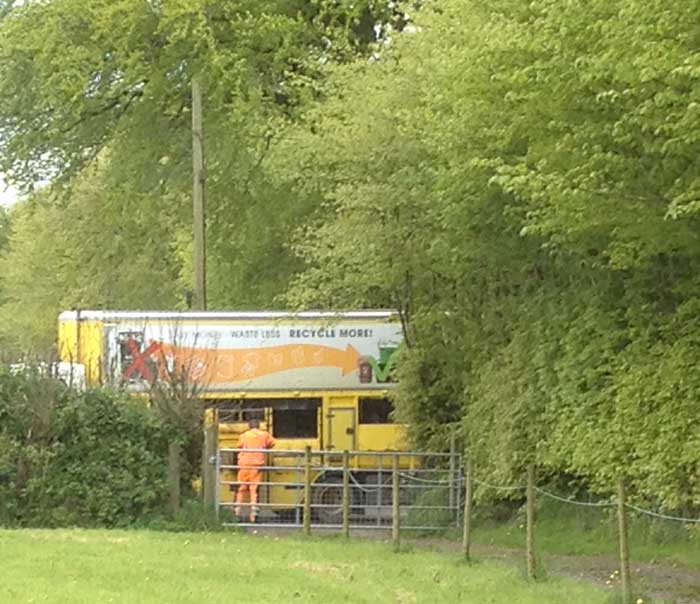 And finally, a beautiful sunset and moon rise over the veranda of phase one of our off-grid house build. Groundworks for phase two due to start in mid June. 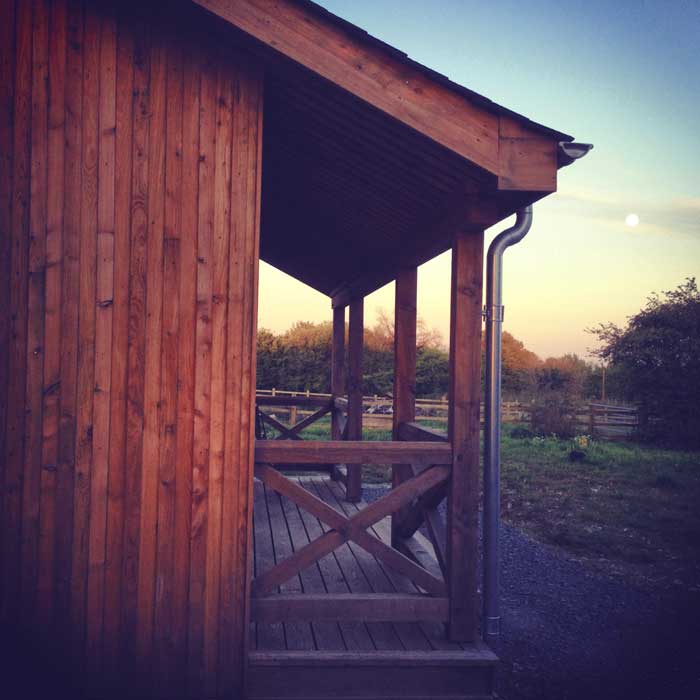