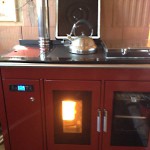 You would think that building a house off-grid using solar panels to make our own electricity would be renewable and innovative enough, but our latest renewable is probably the most innovative and possibly the closest to the leading edge we’ve come, to date.

Our off-grid ambitions grew out of a desire to burn as few fossil fuels as possible. Roderick James Architects understood this and found the Klover Smart 120 – a biomass boiler that has an oven and an enormous hot plate for cooking. Seems to be the only one of its kind and it has been a long time coming. I started talking to Firepower, the distributors, about finding a heating designer/installer for the Smart last March. Not March 2015, LAST March. 2014. But luckily Mike Coke and Tasha Norman at Firepower never gave up on Easterdown, despite most of the installers refusing to design a system for Easterdown.

I will never know why I couldn’t get a full quote out of these installers, but I’m pretty certain that it has something to do with putting this super boiler into our super insulated house.

The Klover Smart 120 is new and I think we may be the first new build house to install one in the UK. One installer was concerned because the Smart is first and foremost a boiler. You can only cook on it if it is heating your house. So we have a very small heating requirement, as the house is so well insulated, but we want the Smart to do all of our cooking. No electric or gas cooking in the background to help out.

One solution to the heating/cooking imbalance could have been to create lots of pumped circuits to take the heat away at times we want to cook, but the fact that we make our own electricity rules that out. So to be fair, we weren’t the ideal client.

Then Mike from Firepower rang to tell me that their newest installer is someone who really thinks about things differently. He was in Wales but might be willing to come to Easterdown.

Simon Cometson – Renewable Innovations – had no fear of the challenges that Easterdown presented. At one point he referred to designing a heating system for Easterdown as ‘an enjoyable distraction’. So how did he solve the heating/cooking/electricity balance for Easterdown? Like this: 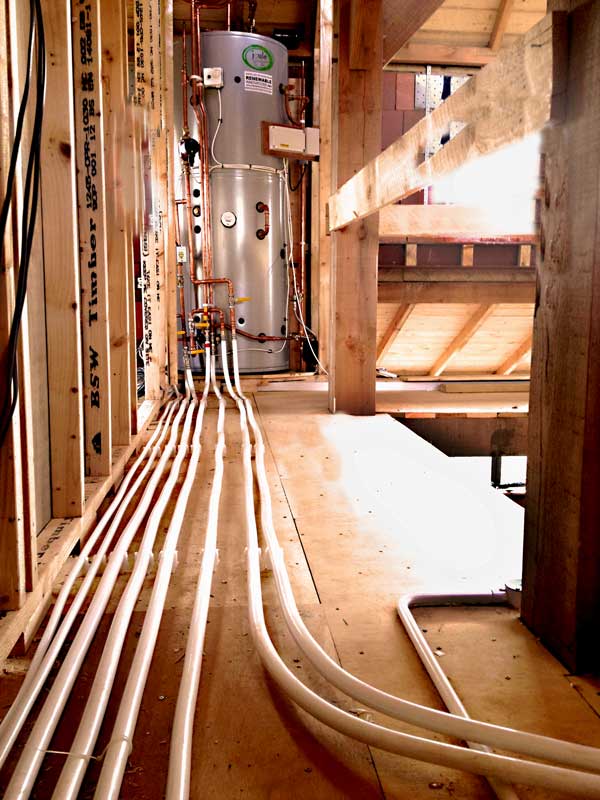 Simon’s brilliance is this design – an enormous Thermal Store which acts like a heat battery. The Smart charges it up with heat and it will supply our direct hot water and underfloor heating because it can efficiently store the heat ready for when we need it. It is sized and designed to ensure we can cook when we want to. 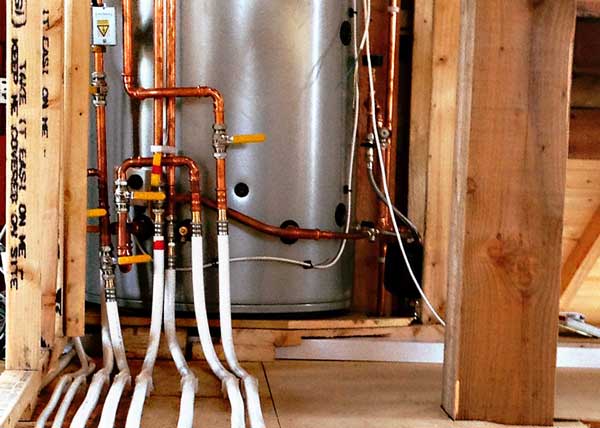 But I’m being unfair, not showing you the fun stuff. The installation was like a 3 day party. Lots of friends returning to meet the newest arrival to Easterdown. Besides Simon, Norman and Eddie from Renewable Innovations, we had Mike Roberts from Whiteway Carpenters and Steve from Direct Roofing back to get the flue in. The photos speak for themselves: 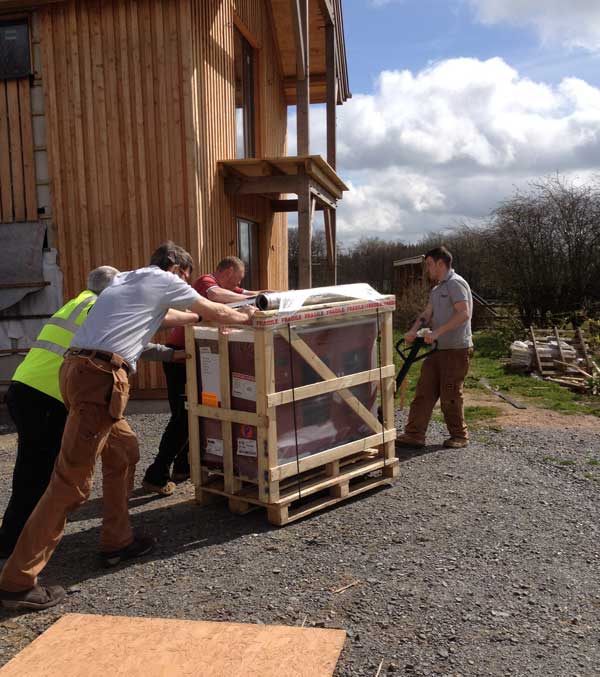 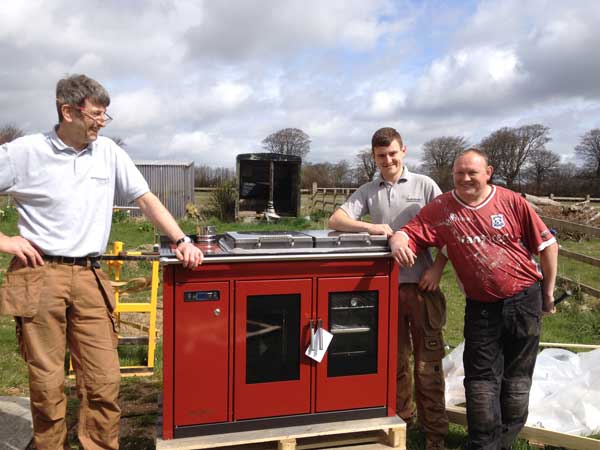 and Simon turns it into a trolley to get it into Easterdown: 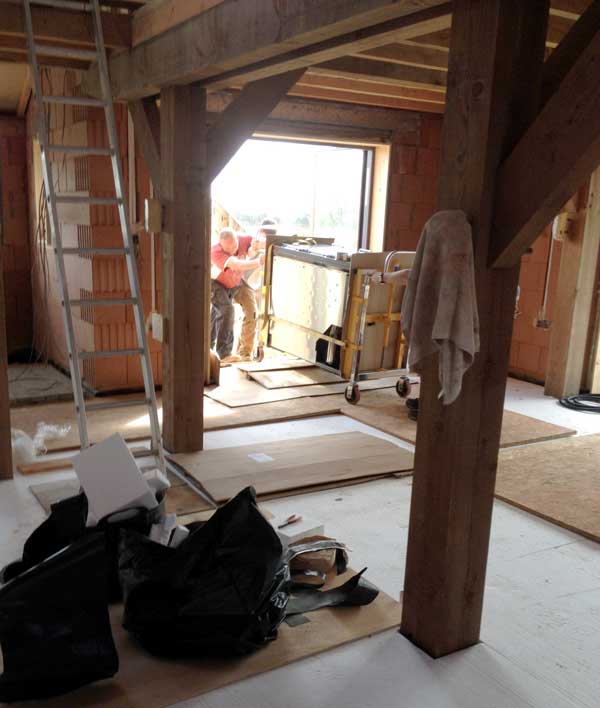 End of day one – Evening meal proves that our Cabin can seat and feed 5! 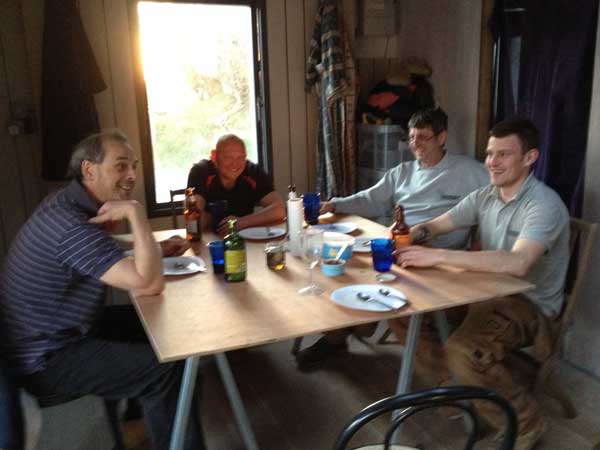 Ruby gets a Jewel:

Connecting water from Cabin into the Main house: 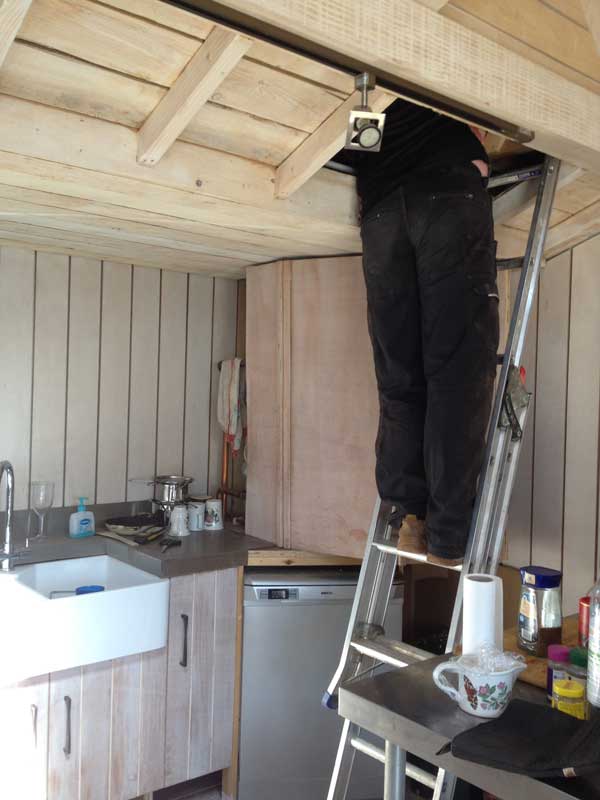 Day 3 – Ruby gets a breathing tube: 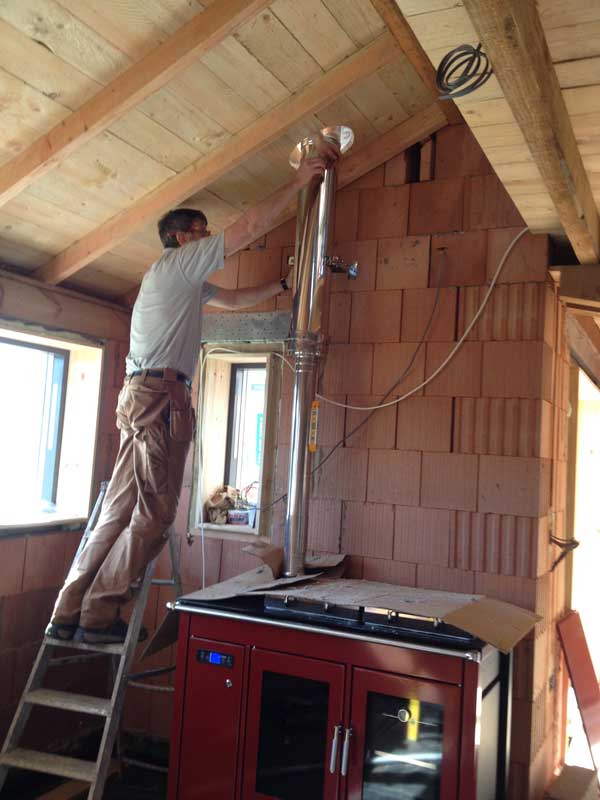 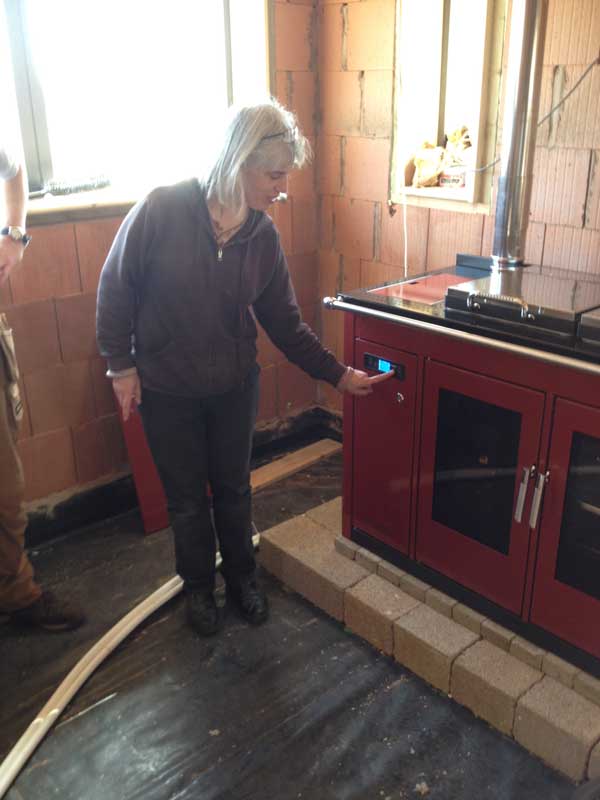 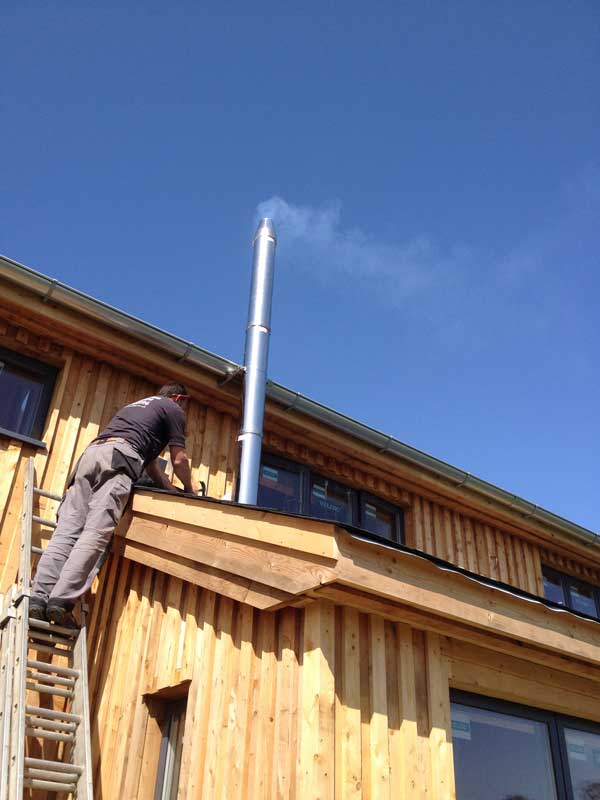 First whistle of the Kettle: 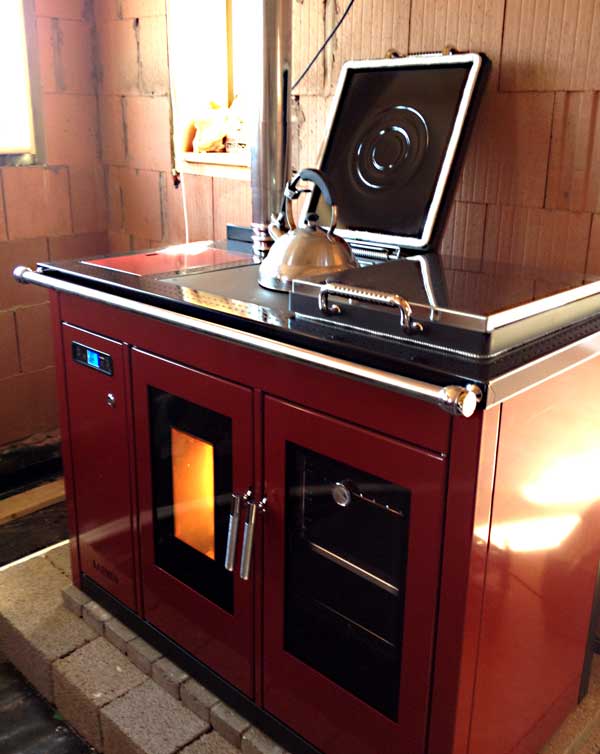 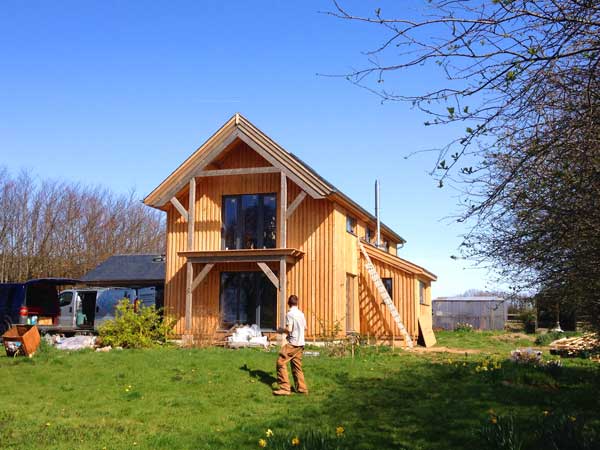 And, because Ruby is programmable, it will heat water without us waking up to light or start it. For the last year in the cabin I’ve woken up to light the Esse so we can shower a few hours later. Sometimes this has been as early as 3am. From now on I get 2 hours of extra sleep in the morning. Off-Grid LUXURY!!!!